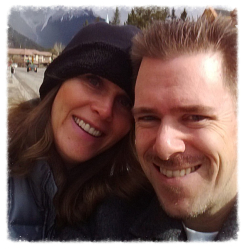 Me and my wife in Banff

I am a software developer with over 20 years of professional experience writing oil and gas exploration software. However I've been interested(maybe obsessed) with writing games since I was just 13 on my Apple IIc computer. Back then it was very difficult to get games out to the masses so I just made cool little games for myself. Eventually I upgraded to an Amiga computer where I discovered I was not too shabby at pixel art and so in between art pieces I tried my hand at some larger projects, mostly RPG. My vision always greatly exceeded the capability of the hardware and the time I could spend tinkering.

Then life happened. University, marriage, kids and a full-time job which kept me pretty busy for quite awhile. It wasn't until I got ahold of my first Xbox 360 that I started to, once again, feel the game development itch. Back then Microsoft had the Indie Game channel which I tried really hard to get a project out for. Unfortunately my ambitions got the better of me (again) and my projects were too large to complete in time, especially with my restricted hours for development(10pm -1am). But, it was a step in the right direction because I met alot of like-minded people in the XNA club who were all working on their own projects.

From 2011 on it has been a fast-paced roller-coaster ride. I did the finishing work on a few projects for Science Alberta: Hurry Hard , The Dirt on Soil and Flight of the Kelvins and created a 3 level working demo of a game called Poidin for Zensoft Studios. After successfully burning myself out on those projects I took small hiatus.

Polyhegrams was especially promising due to my involvement with AppCampus, a joint venture of Microsoft, Nokia and Aalto University. I managed to complete the game for the program, spent some time in Finland learning about marketing and design, and walked away with some prize money to help offset some of my development costs. I spent far too much time trying to get Polyhegrams working on iOS and Android however which really dragged down my enthusiasm. Polyhegrams did manage to aquire over a 4 star rating with almost 100K downloads on the Windows Phone store. It wasn't Angry Birds but it was definitely a positive step forward.

Since then I have pivoted on Polyhegrams game producing a much more refined game called Words Cubed, which utilized Unity3d for development. I also collaborated on a math puzzle game called Plus15 which was my first full release on both iOS and Android.

Currently I am deep deep into VR with the Oculus Start program. I have two projects on the go, Jupiter Omega and the VR version of Words Cubed.

I hope you enjoyed reading this (probably too long) bio and if you want to connect, send me a message or connect on LinkedIn 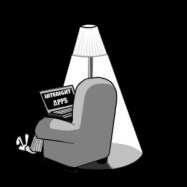